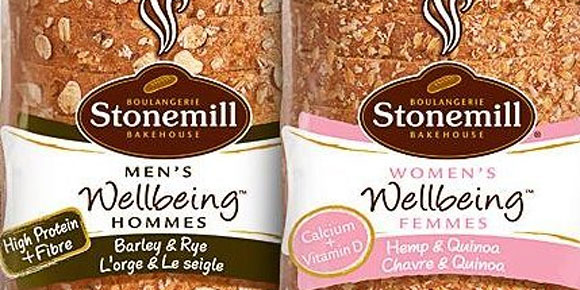 Shortly after launching two gendered breads, Stonemill Bakery apologizes and discontinues the positioning of the product

You might have heard some talk recently about some new bread from Stonemill Bakehouse. They came out with two new breads for their Wellbeing line, one for men and one for women. For men, they offered a “hearty” barley and rye bread, fortified with magnesium. The women’s bread is “milder.” It’s a hemp and quinoa bread fortified with calcium, and it’s made with 30% less dough. And, the women’s label is pink. More on that in a minute. Competition is the food market is stiff. Companies have to innovate. But the innovation has to be good. Stonemill probably looked at the segmentation from its consumer insights, and it’s likely the findings broke along gender lines. They wanted to address that directly, but their execution was all wrong.

Branding along gender lines never works when the product’s primary purpose isn’t directly gender specific, as multivitamins are, for example.

Branding along gender lines can go very badly, very quickly. Comments on Twitter -- see some great ones below -- were mostly angry about marketing based on outdated stereotypes. Stonemill missed the fact that a lot of women feel pink is overused for gender identity. Like many women I know, pink’s become a bit of a turnoff, even -- and this is tough to say -- the pink ribbon that represents breast cancer research and survival. I buy Stonemill bread. It’s an excellent product. I’ve tried both, the male and the female version, and they’re fairly similar. When I’ve gone for a hard run, I’m more likely to reach for some “hearty” bread, but I have to ask: why would I have two loaves of bread for the family, one for women, one for men? Bread goes stale quickly, and with two loaves on the go, you’re likely to waste a fair bit. I believe the bread didn’t have to be branded “female” or “male.” Instead, Stonemill could have come up with a name to identify people’s nutritional needs without resorting to gender. That way, consumers can decide if they want a hearty, barley-rye bread or a milder-tasting hemp-quinoa bread, and not feel any gender assumption attached. This controversy reminds me of BIC’s reputation damage last year when they came out with their special “For Her” pen, “designed with a slim barrel to fit a woman’s hand.” Here’s Ellen skewering the company. Losing the cost of product development is bad enough. Losing your brand’s reputation is worse. Overall, Stonemill handled it very well. Not long after the loudest objections were heard, the president put a statement on his site explaining why he branded according to gender. He said he hears and understands the objections people are having about the bread and has pulled the breads from the market. He’s going to keep producing them, he says, but they’re not going to be branded along gender lines. 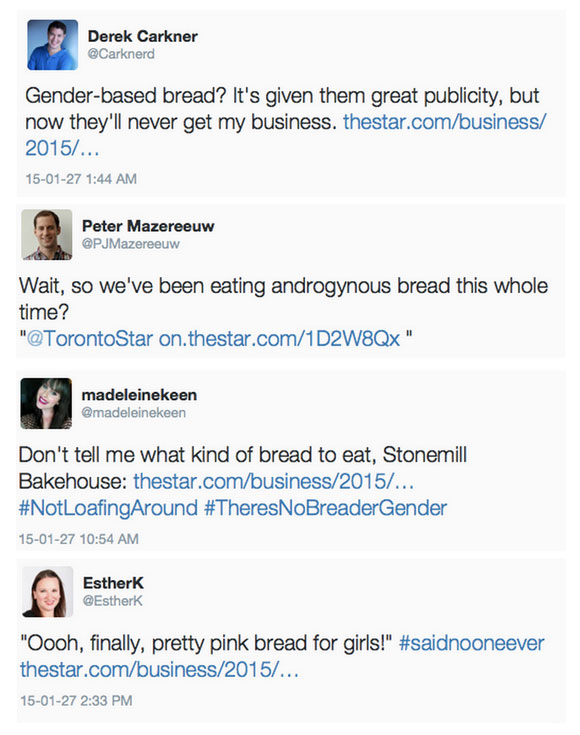