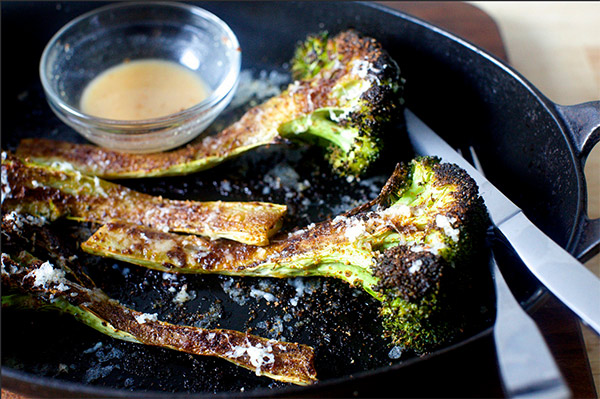 Image source: Smitten Kitchen Preparing vegetables using culinary techniques traditionally reserved for meat is a culinary trend that is trickling down from several well known celebrity chefs and has now reached the wider blogosphere. There is an ever growing awareness of the connection between food and health, fueled in no small part by the food blogging scene. Jamie Oliver’s latest book, Everyday Superfoods, is all about healthy eating. Homegrown talent Chef Michael Smith is working with Canadian lentil growers to produce healthy recipes that make pulses the hero. The latest expression of the “you are what you eat” trend is that vegetables are getting culinary treatments traditionally associated with meat dishes. The growing consensus is that vegetables don’t have to play second fiddle to meat centerpieces and can be bold and dramatic in their own right. Deb Perelman, cookbook author and editor of Smitten Kitchen writes:

Deb then roasts what she calls broccoli trees with a sexy, steak-inspired dry rub of brown sugar, smoked paprika and chili powder, then serves it with a apple cider vinegar based dipping sauce. We tried it, loved it and highly recommend it. In another example, British Michelin-starred chef April Bloomfield, traditionally famous for her nose to tail eating recipes, has just published a vegetarian book titled: >a Girl and Her Greens. In one of the star recipes of the book, she takes a whole cauliflower, caramelizes the outside in olive oil and roasts it like a hunk of roast beef, with tomatoes and anchovies for deep flavourings. It’s a pot roast any family would love to gather around, vegetarian or not. 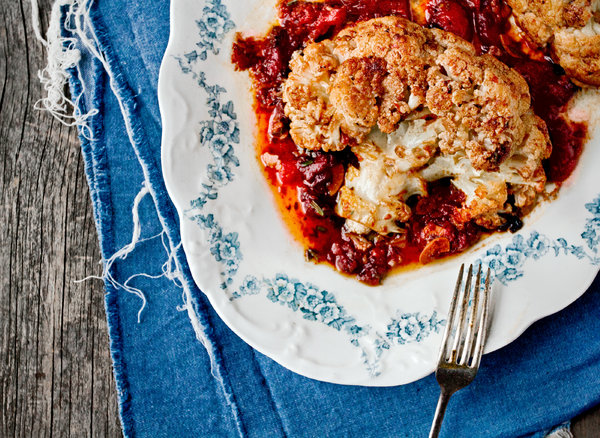 Vegetarian food is rapidly moving from niche to mainstream. While initially fueled mainly by health concerns, there is now a growing desire that vegetables can deliver the flavour punch we have traditionally associated with meat dishes. For the food producer this means that there is a brand new market opening up for products that deliver on health and flavour at the same time.